Well, 2011 is nearly a wrap and it's time to take a walk down memory lane.  If we were on the 'Board' of an artistic academy (such as for the Grammys), what artists and songs would we nominate for the 'Best of' 2011?


In lieu of an the Academy, Ambient DJs' staff members - as well as several industry friends, opined on their nominees for the "Best of 2011."  Contributing DJs include DJ Iron Mike, DJ Spinz, DJ AllDay, DJ Greg Nice, DJ Brett Gash, DJ Garrett B., DJ Austin, DJ "Stav the Greek," DJ Gill "the Dream" and myself, DJ Gregg Ambient.  Keep in mind that our esteemed academy is based in Central NJ, a land where dance music and hip hop reign, and country music is seldom heard. 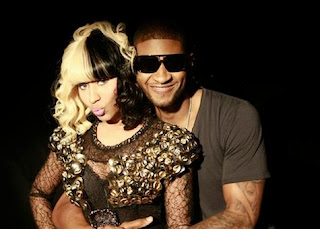 Introducing, the categories and nominations for the first annual "Ambie" awards!  Winners are announced at the bottom of the blog.


Based on staff consensus and the executive powers of DJ Gregg Ambient, the winners of the first annual Ambie Awards are shown below!

TOP DANCE SONG OF THE YEAR


Nearly every DJ selected either LMFAO's "Party Rock Anthem" or Pitbull's "Give Me Everything Tonight."  In a very close call, the award goes to "Mr. Worldwide" Pitbull... this track really works crowds into a frenzy!

In a close battle against J. Cole, Mumford & Sons takes the Ambie!


As one DJ commented, Adele's 21 has the best production, vocals and lyrics, and most of us agreed.  The album of the year goes to Adele, and let's hope that her voice problems are resolved soon.

ARTIST OF THE YEAR

And the Ambie goes to..... Jay-Z and Kanye West for their collaboration on "The Throne"  Their music is "provocative and really gets the people going!"

Dancefloors could just not get enough of the barks, grunts and boasts of the Teflon Don, aka Ricky Rosay, aka Big Meech - congratulations Rick Ross!

Our DJs were most impressed by the efforts of Rihanna in 2011.  Lady Gaga's latest album was good, but not ground-breaking.  Bruno Mars' charisma and talent should take him far.  Bieber and Perry made us yawn.

As a general comment, electronic dance music made great strides in 2011, breaking through into mainstream radio.  But the biggest break-through artist of them all was Skrillex, best known for his bass-heavy dubstep and electro productions.

Thanks to the Academy! 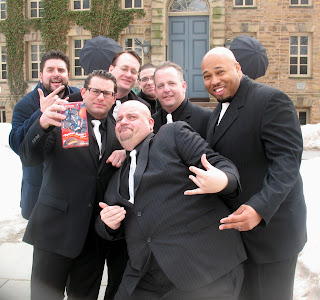 We look forward to partying with you in 2012!  To learn more about our award-winning DJ services, visit us online at www.ambientdj.com.

To view DJ Gregg Ambient's Top 50 songs of 2011, click here.
To view his 25 Recommended songs for New Year's Eve, click here.
Posted by Gregg_AmbientDJ at 8:31 AM