On Friday night, August 20, 2010, I co-DJ'd a party with DJ Emm Bangkok at the Alpha II Restaurant and Lounge in New York City. This was our second appearance at Alpha II, and we made some adjustments that enhanced the show. The biggest adjustment was bringing out our own sound system - which had a much fuller sound than the house sound system.

What I love about DJing in bars and lounges is that I have more freedom to build my sets and take the guests on a "journey." Mobile DJ parties tend to be more programmed with an expectation to hit the guests hard with the big hits. For our set in NYC, we started the party at 11 PM with down tempo dub and deep house, before moving on to R&B and getting dancers locked into a groove. Later on, we hit them hard with the funk and hip hop, before upping the beats per minute and unfurling an extended Latin dance set. It was a cool New York crowd that danced often and well. Koto, the Japanese bartender, kept the drinks flowing.

Despite some ugly events behind the scenes, Bangkok and I were immensely satisfied with the vibe of the party and guest feedback. Whether at Alpha II or elsewhere, we intend to continue throwing these parties for our fellow FunkBrothers and SoulSisters! Stay tuned.

To book DJ Jagged, Emm Bangkok and Latin percussionist Tommydrums for your next party, contact gregg@ambientdj.com. 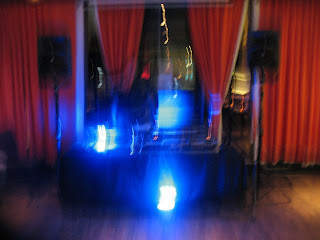 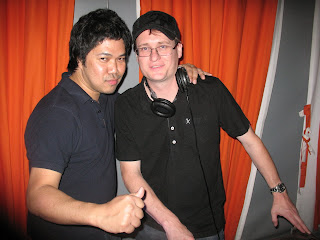 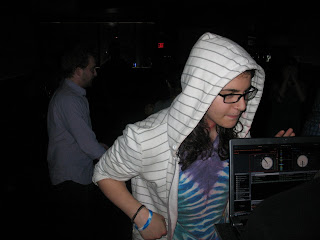 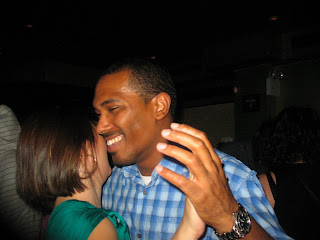 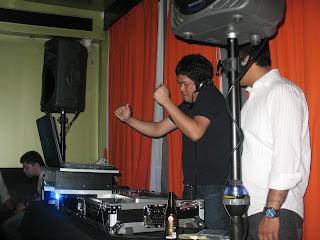 Posted by Gregg_AmbientDJ at 6:51 PM