The final week of August and first week of September have historically been bad weather weeks.  Tropical storms and hurricanes form a virtual "Conga Line" deep in the Atlantic, working their way through the Caribbean and up the East Coast.   We were chagrined to learn that Hurricane Irene was projected to make a direct hit on New Jersey late Saturday night. The timing couldn't be worse, as Saturday nights are a DJ company's busiest night.
I was actually scheduled to provide karaoke DJ services at the home of Buddy Valastro, aka the "Cake Boss," celebrating the 50th birthday of one of the bakers, Danny Dragone.  As of Friday afternoon, the party was a green light, but mid-afternoon on Saturday, I received the call canceling the party.  Hopefully it will be re-scheduled, as this was a party that I had very much been looking forward to. 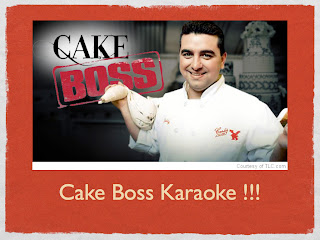 DJ Spinz's services for a 30th birthday party at the Forge in Woodbridge were canceled, postponed until September 10, 2011 - a date that we are sold out for.


DJ Larry's surprise 50th party at Amalfi's in Lawrenceville proceeded as planned.  Congratulations Masako!  The party did however finish 45 minutes prematurely so that guests could get home safely.  Larry dodged some fallen trees on the drive home, but got home safely at around 10 PM.
DJ Iron Mike performed a private event at Tavern on the Lake in downtown Hightstown.  At about 11 PM, an employee of the Tavern frantically informed guests that a tornado had been reported in the Six Flags Great Adventure area.  Mike grabbed his laptop and left, but got stalled out in the floods on his way back home to Plainsboro (fortunately, he made it home safely in the early morning hours). Later that night, the storm overwhelmed the lake, badly flooding downtown Hightstown.


I ended up accompanying DJ Austin to a high school graduation party in Marlboro, NJ.  The family has a beautiful backyard and had hoped to celebrate outdoors, but they judiciously decided to move the party indoors and fast forward the party to a 5 PM start time. The event took on a cool house party vibe, as Garrett and his brother added additional lighting effects to the show, also introducing us to their fog machine (which was pushed to the brink by Nicholas!).  Garrett and his buddy "Matty Swizzle" later performed a guest DJ set with upbeat fare by the likes of Steve Aoki, the Swedish House Mafia and Laidback Luke.  Driving home to East Windsor, we encountered sloppy driving conditions, but beat the treacherous Hightstown flood by hours.

It was a tough week, but we are grateful that everybody is safe and that none of us incurred any property damage.  Many in Irene's path were not so fortunate.
Posted by Gregg_AmbientDJ at 3:00 PM