We are honored to have been one of the success stories profiled in the September 2011 issue of TCNJ Magazine, a publication for alumni at the The College of New Jersey.   The story, written by Tony Marchetti, is re-printed below.


Gregg Hollman was an equity analyst in Manila when 1997’s Asian financial crisis sent world markets reeling and landed him back in the U.S., unemployed. He caught on with a business valuation firm, but while the pay was great he found the work unfulfilling. “There’s some creativity involved with picking stocks. Business valuation is very quantitative; creativity is frowned upon,” he said.


Looking for a new creative outlet, he rediscovered his passion for music. A lifelong music lover—he had turned down a music scholarship to study finance—Hollmann had amassed an extensive, eclectic music collection over the years. He started DJing parties on the side. “Performing for a room full of strangers every weekend was a great outlet for that other side of my personality.” A few years later he cashed in $15,000 in stocks, bought professional DJ equipment, and officially launched his business.


Since the industry is largely referral based, Hollmann said his initial strategy for attracting clients was pricing below market rate. He also made a conscious decision early on not to follow the “old school way” of building a DJ business (appearing at bridal shows), concentrating instead on Internet marketing. He paid a professional to overhaul his website, then drove traffic there by dedicating a percentage of profits to advertising on wedding portals. Weddings now make up about half of the company’s sales dollars, with the rest coming from corporate and private parties, community events, and dances.


When he started earning more money DJing than from his first job, Hollmann quit the valuation firm and dedicated himself to the business. He now has six DJs working for him and is training two new employees. “We’re seeing an acceleration in business” he said, noting sales were up 32 percent over last year.


His workweek is a little different. “My peak time is Friday through Sunday,” he said. “Mondays are my so-called weekends. Tuesdays through Thursdays I’m prepping for upcoming events, selling new jobs, and training DJs.” Despite the odd hours, he’s enjoying it. “It doesn’t feel like work.”

Asked what he’d tell someone considering starting a business, Hollmann advised to follow your passion—but proceed cautiously. “I wouldn’t recommend anyone blindly jump into something on a whim. I followed my passion, but did it part time at first to validate that I could make money. Thus far, it’s working out well.” 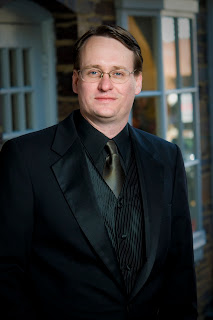 Posted by Gregg_AmbientDJ at 9:12 AM