September 10, 2011, or 9-10-11 proved to be a remarkably popular date for weddings.  We were fortunate to work with an energized group of party people for David and Stephanie's ceremony and reception party at the English Manor in Ocean Township, NJ.

Earlier this year, the English Manor recently revamped its grounds - the outdoors ceremony area is very spacious, and the landscaping beautiful.  Despite some concerns about rain, the weather remained pleasant throughout the afternoon.  Stephanie and David exchanged personalized vows in a heartfelt ceremony officiated by our friend Celia Milton.

For the reception, Ambient DJ provided a two person DJ/Emcee combo - call it "Team Gregg," with myself, Gregg H. on the mixing board, and our energetic DJ Gregory Lambiase (aka DJ Greg Nice) on the microphone as Emcee.  We also uplit the reception room and foyer in a lavender shade, adding some modern ambience to this classic banquet hall.

David and Stephanie have similar tastes in music as myself, and provided a very long leash in terms of musical programming.  Songs used for the grand entrance were Cantaloop (Flip Fantasia) - Us3, Beautiful People - Chris Brown, and Now That We Found Love - Heavy D. & the Boyz.  The newlyweds shared their first dance to "Stay With You" by John Legend, and parent dances followed with Songbird - Fleetwood Mac (Father-Daughter) and Memories - Elvis (Mother -Son).

After the salad course, we were able to pack the dancefloor and enjoy a high energy dance-set before dinner.  The dance floor action only got hotter after dinner, with a high-energy dance mix and 90s throwbacks at the fore.

A couple of unique features of the wedding:  First, for the bouquet toss, ALL ladies (married or unmarried) were called to the floor, and Stephanie's bouquet splintered into mini-bouquets so that there could be many winners.  Second, as is often the case when the bride is of Chinese heritage, Stephanie had a wardrobe change later in the reception, changing into a beautiful red, silk Chinese dress.

Congratulations to Stephanie and David!  We enjoyed collaborating with a very competent and cool group of professionals:  Debbie from the English Manor, Carla and Tara from Blooming Studios (photography) and Art from Villanovisions Video (videography). 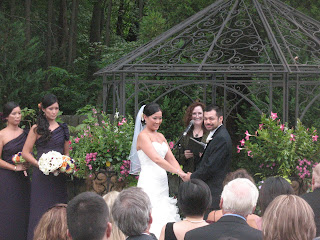 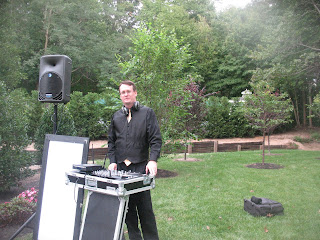 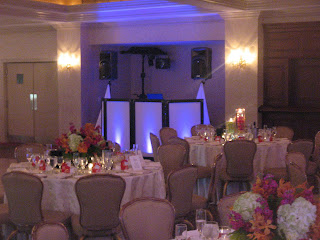 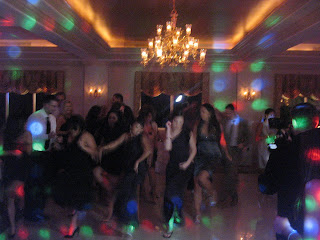