In 2011, the world lost a modern day pioneer and visionary, Steve Jobs. Jobs, the driving force behind Apple, fought cancer for a number of years but not before linking up with renowned biographer Walter Isaacson. The resulting biography of Steve Jobs is a riveting story about a creative genius who leaves behind an enduring legacy. 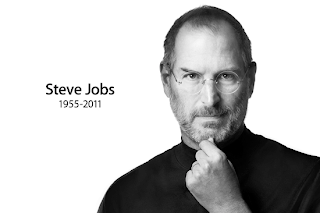 This book will appeal to many readers: to Apple fans, to those interested in business and personal success, and to those fascinated with Jobs’ intense personality that frequently clashed with those around him. This blog article explores takeaways from Steve Jobs relevant to Mobile Disc Jockeys. What can we learn from the life of Steve Jobs?

Make a Commitment to Excellence- Jobs was a perfectionist who paid great attention to details. He drove his staff extremely hard, taking them to levels of achievement they never could have imagined. Jobs is quoted as saying, “Be a yardstick of quality. Some people aren’t used to an environment where excellence is expected.” As extremely busy working DJs, it easy to get lulled into a sense of complacency and to lose the drive for improvements in customer service, performance and innovation.


Create Products that are Intuitive, Easy to Use and Fun- As a designer, Jobs was fond of the Japanese Zen minimalist style. Despite having a simple and intuitive design, Apple products were designed to be fun, not cold. For example, Jobs was integrally involved with the intuitive jog wheel for the iPod and touch screen for the iPad. As DJs, we should strive to keep our services and planning services fun and intuitive. This is particularly the case as we are in the entertainment industry!


A Commitment to Great Products - Jobs has frequently been compared to Bill Gates of Microsoft, and the two frequently clashed before making amends later in Jobs’ life. Jobs asserted that during his tenure at Apple it was all about the product, while at Microsoft it was all about profits. Jobs believed that “You always have to keep pushing to innovate.” In the case of Apple, phenomenal products resulted in breathtaking profits and growth. As Mobile DJs, by starting with a focus on the quality of our services, profits and growth can follow.


Don’t Be a Music Pirate - Apple revolutionized the music industry with the rollout of the iTunes store in 2003, allowing consumers to legally purchase high-quality digital files of their favorite songs. The iTunes store was an alternative to the illegal filesharing sites that had proliferated. Jobs stated that “If protection of intellecutal property begins to disappear, creative companies will disappear or never get started. But there’s a simpler reason: It’s wrong to steal. It hurts other people. And it hurts your character.”


Don’t Rely on Market Research, Innovate!- Jobs did not believe in conducting market research, instead opting to develop innovative products that met a need that he perceived. For example, Jobs and his design team were avid music lovers, and developed the iPod around features that they wanted to see in a new product. In the Mobile DJ industry, it is easy to adopt a follower mindset in terms of equipment and services. But what opportunities exist in your local market that are not currently being provided?


It’s OK to be a Little Prickly, But Not a Prick- Steve Jobs saw the world in binary terms - he either loved something or hated it. Jobs was brutally honest, to a fault. Isaacson concluded that “The nasty edge to his personality was not necessary. It hindered him more than it helped him.”

In the final chapter of the book “Legacy,” Isaacson writes about Jobs, “Steve Jobs thus became the greatest business executive of our era, the one most certain to be remembered a century from now. History will place him in the pantheon right next to Edison and Ford. More than anyone else of his time, he made products that were completely innovative, combining the power of poetry and processors. With a ferocity that could make working with him as unsettling as it was inspiring, he also built the world’s most creative company. And he was able to infuse into its DNA the design sensibilities, perfectionism, and imagination that make it likely to be, even decades from now, the company that thrives best at the intersection of artistry and technology.” As Disc Jockeys, we also exist at this intersection, and how well we balance artistry and technology will determine the long-term success of our businesses.


Chapter 32, “Music Man,” is a must-read for DJs, as Jobs revealed which songs are on his iPod! He was particularly fond of Bob Dylan, as well as of The Beatles and the Rolling Stones.


Ambient DJ Service is a full-service mobile DJ entertainment company based in Central New Jersey. We enjoy collaborating with clients to create unforgettable family celebrations. From time to time, we also are industry innovators! For more info, visit us on the web at www.ambientdj.com.

Posted by Gregg_AmbientDJ at 4:29 PM